We are committed to enabling as many people as possible to enjoy performances at Royal & Derngate.

As well as providing adapted shows for our audiences with certain access needs, we also recognise that it is just as important for us to be prepared for when customers with additional specific needs visit us. If you have not yet registered your access needs with us, please complete our registration form and return to us.

For detailed information please click on the categories below to expand:

To quickly find which of our shows have access performances, choose the relevant Accessible Performances options in the filter on the What’s On page. When you then select a show, look out for the Access symbols on the right hand side; click Times & Book to see the individual Access performance times and dates relating to that show.

We aim to offer the highest level of customer service to our customers with access needs; if you are looking to book a wheelchair seat, please call us on 01604 624811 so that we can discuss your individual needs and ensure that they are met during your visit. Wheelchair and carer seats cannot be booked online.

Large print, audio and Braille versions of the brochure are available on request. Please call Box Office on 01604 624811.

Royal & Derngate has level access into the building and each auditoria, with a number of wheelchair spaces in each and lift access to each floor (excluding the Upper Circle of both auditoria).

All of our Box Office and Front of House staff are happy to provide assistance, but there are also dedicated Access Hosts, who wear orange ties so they stand out from our Front of House team in the foyer upon your arrival. They have been trained to assist you to your seats via our lifts and ramps, to provide hearing loops, and are always happy to look after any support dogs while you enjoy the show. They will also provide assistance to patrons with additional access needs in the case of an emergency.

Royal and Derngate is unable to accept mobility scooters in the auditorium due to the need to evacuate the auditorium safely in an emergency. Should a patron need the use of their scooter to get to their seat a member of Front of House will be available to help. The theatre has a wheelchair to use in these instances but scooters can be left in a safe place outside the auditorium.

Guide and hearing dogs are welcome and water can be provided. If you wish to take your dog into the auditorium, please let Box Office know when booking so that suitable seats can be allocated for you.

We offer sign language interpreted, audio described and captioned performances for all Made In Northampton productions and a host of touring shows.

Signed performances: The show is interpreted in sign language by someone standing to the side of the stage.

Captioned performances: Television screens on either side of the stage present the text in the play as it is spoken onstage.

Audio described performances: You will receive a Sennheiser Infra-red Enhanced Hearing System, which has two options. You can choose to hear an enhance version of the sound onstage or you can hear the show visually described, for example, the appearance of the set and the actions of the characters. This hearing system is available from the front-of-house Access Host. To ensure that you purchase tickets in seats with optimum coverage, please check with Box Office at time of booking.

Touch tours: Before every audio described evening performance in our Made In Northampton season, we hold a half-hour touch tour prior to the show (timing to be confirmed), to introduce our visually impaired audience members to the set and costumes. Spaces on these tours are limited, so please ring our Box Office to book your place.

We offer a relaxed performance on each of our Made In Northampton Christmas shows. This is a specially adapted performance for customers with a wide range of disabilities and for those on the autistic spectrum. There may be some small changes to the show in terms of lighting and sound but the overall content does not change. There is also a more relaxed atmosphere in the auditorium to reduce anxiety and ensure an enjoyable visit. A visual story, familiarisation meeting and relaxation area are also available for these performances.

“Thanks for making our visit to the theatre such an enjoyable one. It was a pleasure to have been hosted by such a professional team with very a positive attitude to people with disabilities and special needs.” Heidi Dennison, Deputy Headteacher of Frank Wise School

In November 2015 Royal & Derngate achieved Level 3 in the Space To Change campaign. This campaign enabled the general public to suggest the installation of much-needed facilities within various organisations.

We are pleased to be working alongside the Family Arts Campaign to deliver a warm welcome to all. 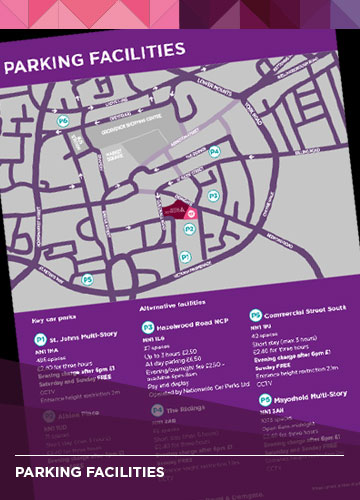 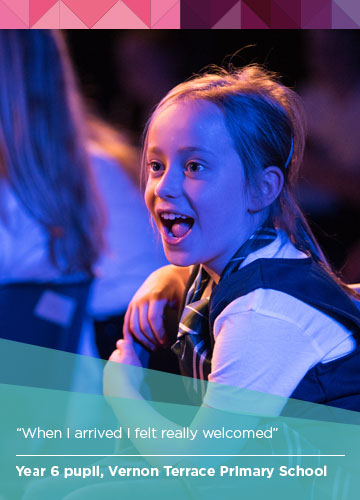