Mogadishu, 1993. Paul Watson is a Canadian photojournalist who is about to take a picture that will win him the Pulitzer Prize.

Princeton, 2013, Dan O’Brien is an American writer who is struggling to finish his play about ghosts. Both men live worlds apart but a chance encounter over the airwaves sparks an extraordinary friendship that sees them journey from one of the most dangerous places on earth to the depths of the human soul.

Flying from Kabul to the Canadian High Arctic, The Body Of An American is an exhilarating new form of documentary drama that splices the dialogue with actual recordings and photographs by Paul Watson. Performed in an intimate studio space created in our Underground, this production places these two men’s battles – both public and private – against a backdrop of some of the world’s most iconic images of war.

"AN ENGROSSINGLY SUBJECTIVE DOCU-DRAMA WHICH FEELS PSYCHOLOGICALLY ACUTE AND POLITICALLY IMPORTANT ... GAMINARA AND MOLONY AS THE WORLD-WEARY PAUL AND THE ENQUIRING DAN ARE BOTH EXCELLENT"

"AN EXCEPTIONALLY ASSURED PRODUCTION BY JAMES DACRE ... HOLDS YOU IN A STEELY GRIP"

"AN EXTRAORDINARY EXPLORATION OF MENTAL HEALTH, WAR AND FRIENDSHIP"

"THE BODY OF AN AMERICAN IS A STUNNING, COMPLEX PIECE OF THEATRE THAT REFUSES TO BE TAMED OR DRAWN INTO CONCLUSIONS. THERE IS NO MORALISING OR SANDING DOWN OF ROUGH OR DIFFICULT EDGES, THERE IS PRECIOUS LITTLE CONCERN GIVEN FOR THE LACK OF A DRAMATIC ARC OR THE FRAGMENTATION OF CHARACTERS AND PERSPECTIVE. ITS THE STORY OF TWO LIVES FLICKING THROUGH ONE ANOTHER FOR ANSWERS, A RECORD OF VITAL BUT INSOLUBLE MORAL QUESTIONING."

"A REMARKABLY SUCCESSFUL PRODUCTION OF A CHALLENGING PLAY, WITH REAL MEAT ON ITS BONES" 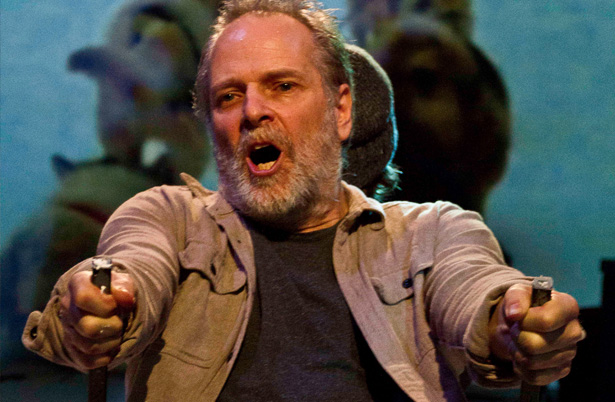 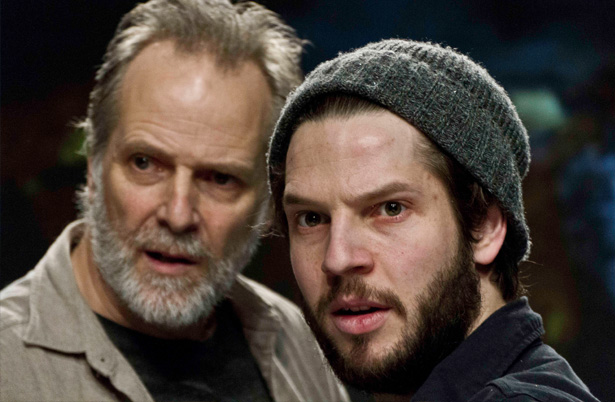 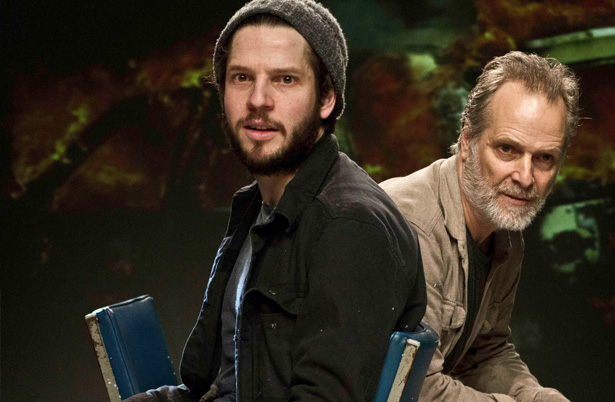 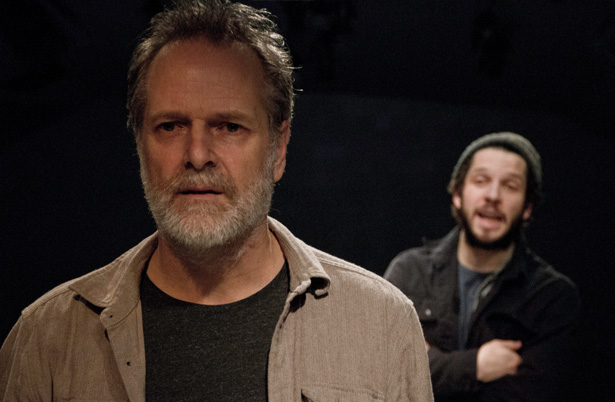