Join us for an unmissable evening of modern jazz in the intimate setting of our Underground Studio, with a relaxed atmosphere and cabaret seating. 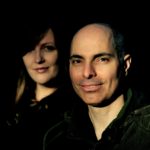 The Sirkis/Bialas International Quartet is an on-going band, established in 2014 consisting of four unique musical personalities bringing their individuality and working together as a team to create new explorative-forward-looking music. The new album explores many different colours on the emotional spectrum, using some rarely used instruments in jazz such as the church organ, waterphone, crotales, konnakol, and different vocal sounds. 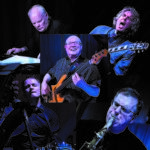 In 2016 The Ben Crosland Quintet released the critically acclaimed album The Ray Davies Songbook, a tribute to the Kinks iconic singer/composer Ray Davies. The Quintet features Crosland on bass, Theo Travis on tenor and soprano saxophones, John Etheridge on guitar, Steve Lodder on piano and keyboards, and Dylan Howe on drums.

Strong grooves, a natural swing and strong, evocative melodies characterise Ray Davies’ songs which allows them to be beautifully re-interpreted in a more contemporary fashion. From straight-ahead swing through 8th feel grooves and ballads to reggae, Crosland and the band shine a new light on these classic songs. The album was nominated by respected jazz writer Brian Morton as one of his albums of the year in the Jazz Journal Critics’ Poll 2016. 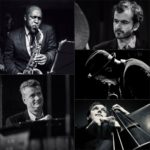 Alto-sax master Tony Kofi fronts this loving celebration of the jazz giant (in every sense) Julian ‘Cannnonball’ Adderley. With Andy Davies (trumpet), Alex Webb (piano), Andrew Cleyndert (bass) and Alfonso Vitale (drums) the group traces the explosive music of Cannonball from his first session as leader in 1955 through work with Miles Davis to the soul-jazz of the 1960s. The repertoire includes Adderley brothers classics like Things Are Getting Better, Work Song, Del Sasser, Sack o’Woe and many others. 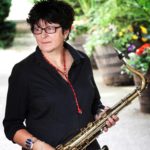 Saxophonist Diane McLoughlin celebrates the music of Dexter Gordon, supported by Winston Clifford on drums. Diane McLoughlin is a saxophone player and composer who has written for and performed in a wide range of genres, notably her own big band Giant Steppes. She currently plays with the award winning Alison Rayner Quintet as well as leading her own classical/jazz group The Casimir Connection, whose latest album has received critical acclaim. She is also featured in Chris Hodgkins’ Quartet and Peter Wiegold’s The Third Orchestra.