In 2007, Stacey Dooley was a twenty-something working in fashion retail. She took part in the BBC series Blood, Sweat and T-Shirts which saw her live and work alongside Indian factory workers making clothes for the UK High Street. This sparked her series of hugely popular investigations, establishing her as one of BBC3’s most celebrated presenters.

Through the course of her documentary making, Stacey has covered a wide-range of topics, from sex trafficking in Cambodia, to Yazidi women fighting back in Syria. At the core of her reporting are incredible women in extraordinary and scarily ordinary circumstances, from sex workers in Russia, to victims of domestic violence in Honduras. In her first book, On the Front Line With The Women Who Fight Back, Stacey draws on her encounters with these brave and wonderful women, using their experiences as a vehicle to explore issues at the centre of female experience.

Catch Stacey in this rare live appearance as she discusses everything from gender equality and domestic violence, to sex trafficking and sexual identity, weaving these global strands together in an exploration of what it is to be women in the world today.

There will also be a book signing post event.

Stacey will be interviewed by Viv Groskop. Viv is an author and stand-up comedian. Her new book, How to Own the Room: Women and the Art of Brilliant Speaking is out in November. She has previously hosted book tours for Graham Norton and Jo Brand. 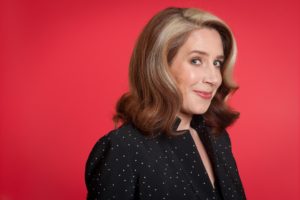