Designer Vic Spearing talks about her inspirations for Cherwell Theatre’s brand new co-production with Royal & Derngate – Song of the Summer.

At a young age I discovered my love for the behind the scenes elements of a production. I have been fortunate to have designed for all kinds of theatre from plays, musicals, pantomimes and touring productions. This variety keeps every show new and exciting to be involved in.

Being asked to work with the team on Song of the Summer has been a really thrilling challenge as this is a production in a site specific space rather than a traditional theatre space. After working with the team on a research and development week we looked at elements within the script that would help tell this story. 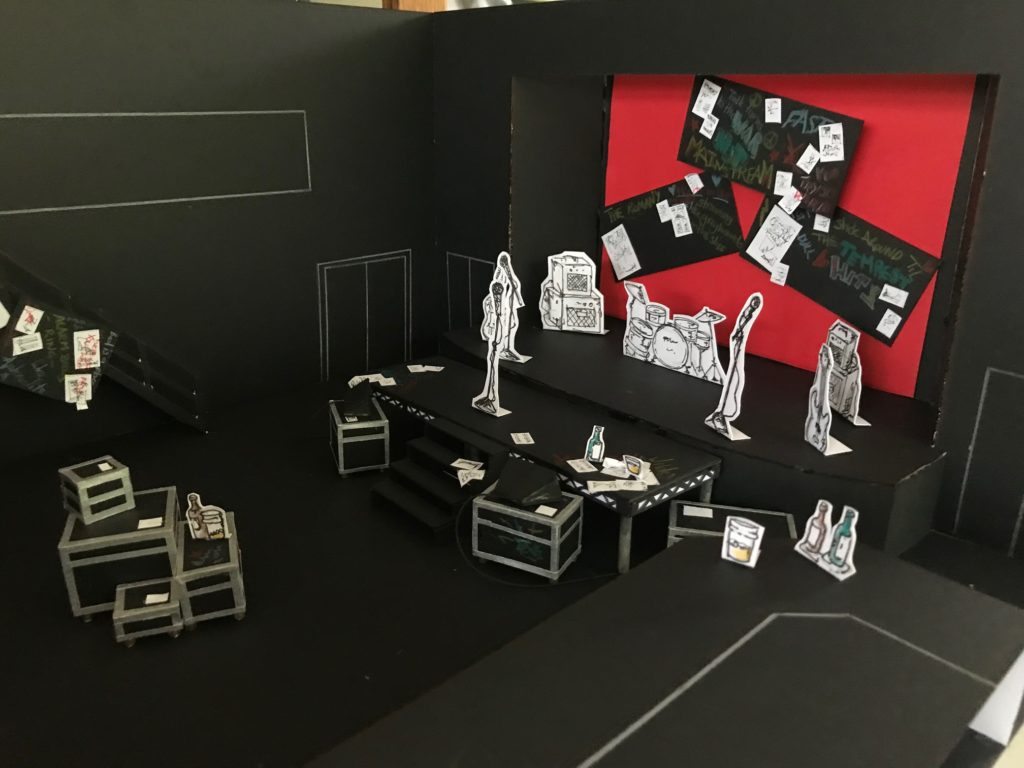 The play brings us into the lives of a group of friends discovering themselves, navigating their relationships and their love of creating music. The lyrics in the songs and the anarchy of a character writing lyrics straight onto the wall of the rehearsal room and the rapidly changing locations mentioned in the script were elements that were all felt would help the young cast add to their acting onstage.

Early on it felt right that the play be staged in a gig venue rather than a theatre and immediately immersing the audience in the world of the play and allowing them to take on the role of the audience in the gig scenes. Being within this space created both interesting challenges and perfect solutions. How to bring a carpet shop into a bar? How to show this is a play not just a gig? Being site specific is exciting as you can use the elements from the space to help tell the story. In Song of the Summer we are using the The Picturedrome’s bar to create a naturalistic moment for scenes set in various iconic pubs throughout Northampton. 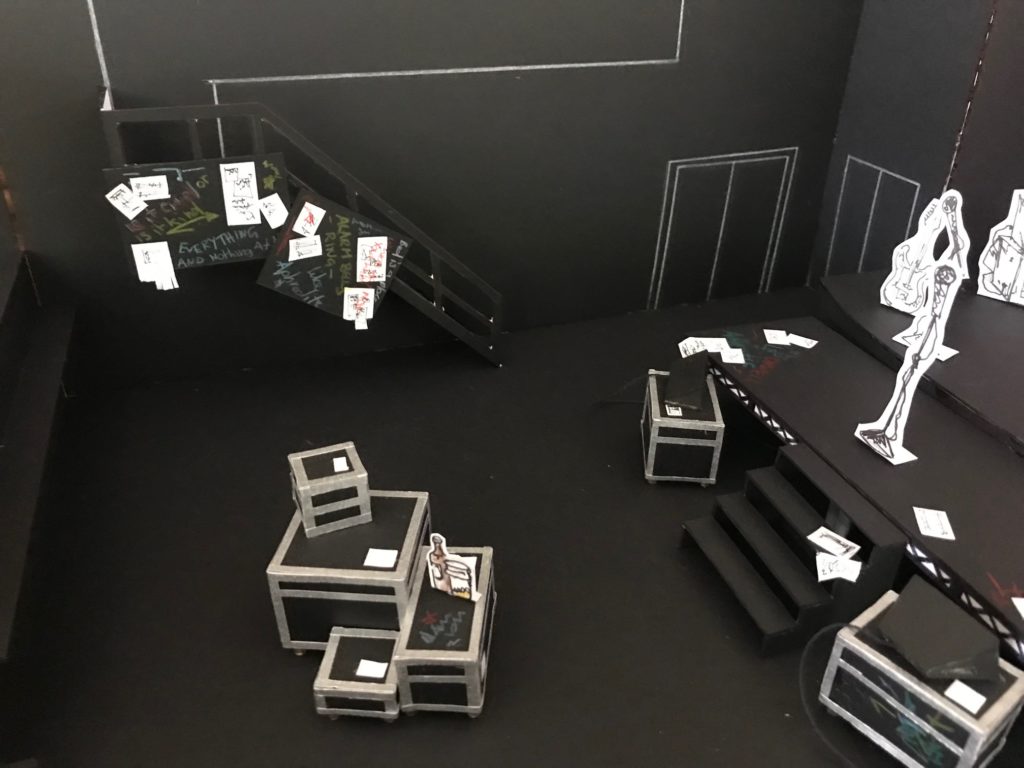 Each location in the play tells its own story which needs to be reflected in the design. In creating the design for this piece we have leaned into the world of touring and gigging, using raw steel deck and truss, leaving the wires, speakers, lighting and mechanics exposed. Even using flight-cases allowed the creation of a playing space with items you will find in a gig venue without bringing in set as you might imagine in a more traditional space.

We wanted to add elements from the script that had struck a chord with the team involved with the initial R&D. With this in mind we decided that by adding some of Alex’s diary pages and graffitied boards with poignant lyrics on boards around the space, this would give subtle nods to the characters feelings and their innermost thoughts. Hopefully these personal words will speak to someone else and their navigation through those exciting, scary and emotional time that is being a teenager…

Song of the Summer runs at The Picturedrome from Thu 11 to Sun 21 August 2022. Tickets are available here