INCIDENTAL – Music For The Stage

This charity compilation album presents their original compositions inspired by some of the most famous plays and novels in the English Language, featuring spoken performances by many of the stage’s most acclaimed actors. It raises vital funds to support Royal & Derngate Theatre’s reopening after the COVID-19 pandemic, helping the venue to recover from the devastating impact of a year of enforced closure and enabling the venue to continue to produce their ground-breaking Made In Northampton productions. 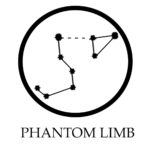