Our 2022 Made In Northampton programme starts with the world premiere of Mog The Forgetful Cat. The Wardrobe Ensemble (our resident Ensemble company who’s co-production of Education, Education, Education transferred from here to the West End) adapt Judith Kerr’s beloved and iconic stories for the stage in a lively and enchanting production.

For the festive season, we are collaborating with Polka Theatre (who worked with us on The Everywhere Bear and Moominsummer Madness) to present The Night Before Christmas. This popular festive poem bursts into life in a magical and immersive production, for Under 7s and their families to enjoy in the Underground Studio.

Further productions for 2022/23 will be announced shortly.

We look forward to welcoming you to Royal & Derngate soon.

Made In Northampton is sponsored locally by Michael Jones Jeweller. 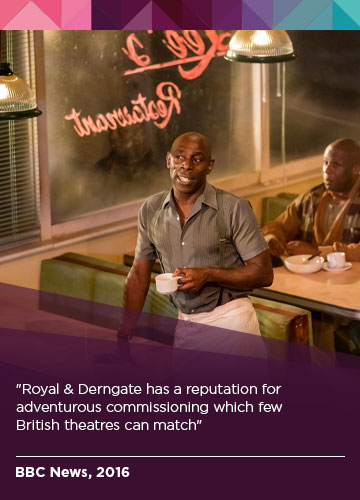