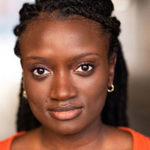 Michaela is an actor and singer who graduated from the London College of Music in 2018. Since graduating she has performed in the Olivier Award-nominated production of Our Lady Of Kibeho at Royal & Derngate. She has performed at Royal & Derngate, Theatre Royal Stratford East and Tristan Bates Theatre. This year she appeared in a Walkers commercial.

During Lockdown her acting career has been paused, so she decided to start a project she has always wanted to share called Becoming Michaela. Becoming Michaela was created to share her self-love journey, to inspire others to learn to love themselves. She wants to be a representation for women especially young black females who are often underrepresented in mainstream media including Fashion, Theatre, TV and film industries. 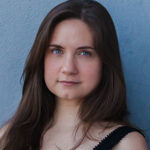 Helen, T/A Hummingbird Drama Productions, is an actor, theatre maker, drama facilitator and up and coming producer. She trained on the Theatre Practice HND and Drama degree at the University of Northampton. 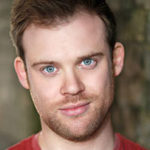 Tristan Jackson-Pate trained initially as an actor at the Royal Birmingham Conservatoire. He now produces work primarily for young audiences as a writer, director and composer. He is Artistic Director for Cherwell Theatre Company, an Associate Artist of Birmingham Old Rep Theatre, and co-founder of new game theatre collective Butterfingers. He aims to create work with and for young people with a celebratory sense of community at its heart. He will present two work-in-progress pieces as part of the Festival; a gig theatre project, Time for Heroes and a game theatre piece; Sam & Zoe Vs Evermore. 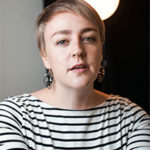 Amy is a London based actor, theatre maker, writer, singer songwriter originally from Northampton. She trained at The Royal Central School of Speech and Drama in London and also graduated with a First at the University of Northampton.

Amy is also currently working on material with Actor-Muso Rosemarie Sheach for a gig theatre piece, throwing a fresh perspective into the industry of what happens when gigs and theatre collide. 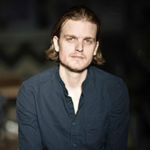 Henry has worked as a writer and director both in the UK and Europe. In 2016 he founded Theatre Anima, with the focus on exploring the faltering line between fact and fiction. Working across genres, as well as with new writing, his work has been commissioned by BBC Radio 4, The Observer, VICE, and The Guardian. He has worked across theatre, film, live-music, journalism and radio, often combining the mediums.

Recent credits include: This is Somewhere Else (Radio 4), The Sleeper (Tour), Blue Departed (VAULT Festival), Where We Are (Arcola), Ru(i)ns (Bodega 50), Anna B Savage (Live show), Eros (Teatro Odeon) and short film Baby Grand (2020). He recently set up Bedtime Readings, a story project for those who struggle to sleep. 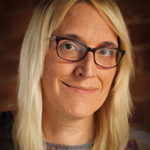 Megan Lucas is a lighting designer and technician, set designer and stage manager. She works for Royal & Derngate as a lighting technician, and as a freelancer working across several theatrical productions and tours. Recently Megan has been engaged as the Lighting Designer for the Celebrate Northampton show which was due to be performed in March 2020, and as the show designer for Royal & Derngate’s Actor’s Company show; Follow the Yellow Brick Road. Megan developed and programmed the hard-of-hearing captioning system currently in use at Royal and Derngate, which was premiered at the Vaudeville Theatre in the West End, in August 2019. Away from the theatre, Megan also has her own Architectural Design business. 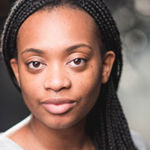 Amina is an Actor and Theatre Practitioner who trained at Drama St Marys. Her last performance was in Our Lady Of Kibeho at Royal & Derngate. Now an associate artist with Royal & Derngate, Amina has prepared a unique monologue, her voice, her story. 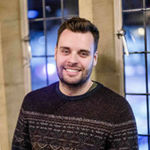 Andy is a theatre director from Northampton. He trained in MFA Theatre Directing at Birkbeck and was the trainee director at Royal Exchange. Andy’s directing credits include When We Died (Vaults Festival; Carbon Theatre), 60 Miles By Road Or Rail (Royal & Derngate, returning in 2021), Year Ten (Chiswick Playhouse; Just Add Milk) and Scuff Night (Warts and All Theatre). He created Ventoux with 2Magpies Theatre and directed the remounted tour which has been performed at over 100 theatres across the UK. He was the consultant director for SWIM (HOME, Pleasance Theatre) and is currently developing a new version for Summer 2021. He has worked as an assistant director at Royal Exchange and National Theatre. He reads scripts for numerous organizations and prizes, and regularly works with students at drama schools and universities. 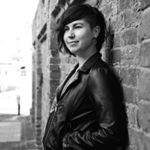 Georgia trained at LIPA (The Liverpool Institute for Performing Arts) where she graduated with a first class hons in Community Drama. She then went on to a placement at ITI (International Theatre Institute) in Singapore where she discovered her passion for movement and ensemble work.

On returning to her home town of Milton Keynes she started Black Sheep Collective CIC with fellow artists and creatives.

Over her time working with community ensembles, collaborative artists and young people, Georgia has adapted and developed her own style of ensemble led storytelling, exploring the dark realities of universal stories and themes. Her pieces invite an audience to question their current view points, inspiring new thoughts and outlooks on the world around us.

Georgia is currently supported by Royal & Derngate Generate and JMK Trust, where she had the opportunity to work closely with The Wardrobe Ensemble assisting the direction of their touring production The Last Of The Pelican Daughters. 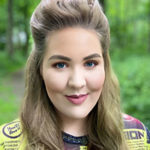 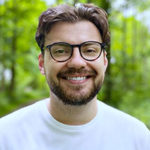 Perception Theatre are an emerging, applied theatre and interactive film company situated in the heart of Liverpool, working throughout the UK.

Their work aims to challenge perceptions by sparking conversation through the power of theatre and film. With community at the forefront of their work and vision, they produce raw and original material that reflects and examines issue based topics that affect society in the 21st Century.

As a company they are passionate about improving the value and worth of the performing arts outside of our sector. It is for this reason, they champion partnerships with a diverse range of agencies to support their work and cause; with their work and passion. 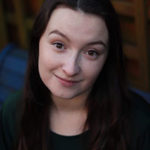 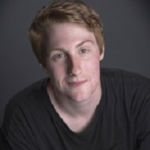 Joshua Baldwin & Beth Markey of Under The Bed Theatre

Beth and Josh are very excited to be showing Where The Lost Socks Go, Under The Bed’s first production which they have been working on (when possible) throughout 2020.

Joshua is a Freelance Actor/Musician based in the East Midlands with experience in Music and Drama Workshop Facilitation for young people, Music Production (Song-writing/Composing), Theatre Making and Radio Presenting.

As an Actor/Musician, Josh has performed a variety of roles at Paines Plough’s Roundabout Theatre, The Lincoln Drill Hall, The Lincoln Performing Arts Centre’s Christmas Show 2018 and The Blue Room.

He has also helped create online work for The SOfa Festival 2020 and works as a music workshop facilitator (in training) for young people with Youth Music Newark and Lincolnshire One Venues. Josh’s work is heavily themed on inspiring a childlike imagination in people of all ages and he is very excited to be sharing Where The Lost Socks Go at The Generate Festival 2020.

Beth is an Actor/Musician from Northampton with experience in Drama Workshop Facilitation for young people, Dance/Physical Theatre and Theatre Making.

After volunteering at The Lincoln Drill Hall’s Youth Theatre Fishtank, she went on to run her own children’s workshop at Mansions of the Future in Lincoln as part of their Saturday Morning Family Sessions. As well as this, her theatre company Swings and Roundabouts performed at the Edinburgh Fringe Festival with their show Put Your Best Face On in collaboration with The Lincoln Company. She has just began her new ventures as a Teaching Assistant at Delapre Primary School in Northampton.