Claire Hardacre is a Production and Stage Manager from Northampton. Claire trained at LAMDA in Stage 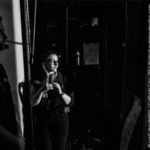 Management and Technical Theatre and went on to do a placement at The Donmar Warehouse on Privacy. Claire spent 4 years working in various Stage Management roles including; ASM on City Of Angels (Donmar Warehouse), SM on the book on One Arm (Southwark Playhouse), ASM on Unreachable (The Royal Court), SM on Absent (an immersive installation at Shoreditch Town Hall), DSM on Herbal Bed (Royal & Derngate and the regional tour), DSM on Peter And The Starcatcher (Royal & Derngate) and SM on Wish List (The Royal Court). After this, Claire worked at The Roundhouse Theatre in Camden as Assistant Production Manager for 2 years – running projects such as The Last Word, Rising Festival and Hive City Legacy. Most recently, Claire worked as the Assistant Production Manager at Royal & Derngate for a year with some of her productions being Midsummer Nights Dream, Influence and The Season and has led a 10-week training programme for emerging stage managers.

Jane is a scriptwriter, playwright, author, criminologist and a TV crime consultant. 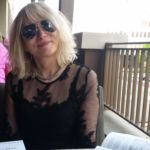 Jane’s scriptwriting credits with both ITV and BBC include the filmed one-hour factual drama for BBC2, The Thieving Headmistress, starring Denis Lawson, Pauline Quirke and Geoffrey Palmer, and episodes of In Suspicious Circumstances, Coronation Street, The Bill and ITV.

Jane regularly appears on TV crime documentaries speaking as an expert on murders and serial killers. This includes Channel 5’s Rose: The Making Of A Monster 2021 based on her book of the same name, 10 Steps To Murder, Britain’s Most Evil Killers, Born To Kill?, Crimes That Shook Britain and the 3-part drama-documentary Fred And Rose West: The Untold Story.

In August 2021 Jane won the best-unpublished novel at the Hollywood Book Festival. Her novel Between Two Worlds: A Detective Hoban Novel won an honorary award at the San Fransico Book Fest and her short story Swan Vesta was shortlisted for the Guildford Book Festival.

Jane has a PhD in Criminology from Cambridge University and has published various academic works from her research with women in prison. 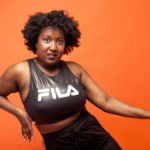 Lauren Nicole Whitter is an actress, poet, physical theatre performer and lecturer based in Derby. Lauren studied drama at Manchester Metropolitan University, is a published poet and delivers drama and clown workshops around the East Midlands to various community groups, such as the Enabled Centre and Nottingham Refugee Forum.

make the arts as accessible and inclusive as possible. Her new theatre company – Anansi Theatre Company, looks at theatre, wellbeing and new stories. As a newly qualified yoga teacher, Lauren uses movement and yoga in her work and in her practice. 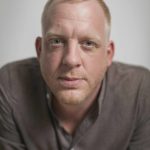 Scott Bradley trained at Manchester School of Theatre and is a writer, actor and director currently based in Northampton. Scott has performed in many plays nationally, including: Further than the Furthest Thing, Spring Awakening, A House of Pomegranates, You Never Can Tell, An Inspector Calls, Hook, Line and Sinker, Emerge; Macbeth, The Tempest, Romeo and Juliet, Much Ado About Nothing, A Midsummer Night’s Dream, Henry V, Vincent in Brixton, A Tale of Two Cities, Of Mice and Men, The Cherry Orchard, The 80’s Strike Back, Arthur and George and A View From the Bridge. Scott also spent some time working as a voiceover artist for ITV, starred in adverts during his time living in Mumbai, and has developed and starred in three short films: Penance, Nosehair and Under the Cherry Tree.

Scott has devised, written and directed two plays – Finding Scooby-Doo andWhy Won’t You Shag Me?, performed at Taurus Theatre by Tip of the Tongue Productions. Scott has also written two plays for young people: A Horrible, Horrible Christmas and an adaptation of A Christmas Carol, and often indulges his passion for working with disadvantaged young people to run workshops and teach acting techniques.

Scott is currently being supported by Royal & Derngate’s Generate program to write the show Quince, which follows the life and times of Peter Quince from A Midsummer Night’s Dream, is supporting the development of Officer Knobbs and Tales from South Africa, and will be co-writing and supporting the development of Greyfriars Island in conjunction with Hummingbird Theatre. He is directing The Actors Company at Royal & Derngate Theatre, will be running workshops in conjunction with The National Theatre in Spring and continues to write, direct and act in short films and plays as part of Cobbled Together Collective. 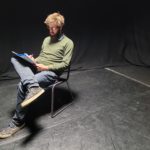 Max Lawrence is a freelance writer, director, filmmaker and composer based in Northampton. He has written a number of screenplays and Officer Knobbs is his first foray into the world of theatre. A member of Cobbled Together Collective and a former guitarist and drummer in several obscure Northampton bands, he spends most of his waking hour’s teaching, writing and screaming into the abyss. A lifelong fan of obscure music, extreme cinema and depressing literature, his subtly surreal, deadpan humour is a lovely hot compress for cold, terrible times. If you would like to get in touch with Max you can contact him at [email protected]. 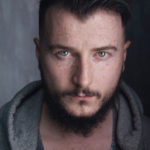 Zach Devereux is a Northampton born Playwright, actor and fight performer. A graduate of East 15 Acting School’s world-renowned Acting and Stage Combat Course in 2018. He has since gone on to work in both film and theatre as an actor and as part of Stunt Teams. In 2018 he co-founded Shoddy Theatre in which he co-wrote their comedy A Shoddy Detective and The Art of Deception which enjoyed a successful week-long run at The Camden Fringe 2019. He has since written a play, Room Mates, debuting at Royal & Derngate in his hometown of Northampton. 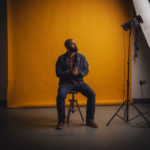 Chris Lowe has been working in the creative industries for nearly twenty years. A passion for learning and an insatiable curiosity has led him to gain experience in almost every creative discipline. Currently head of creative for Amplitude Media, a content marketing agency based in Northampton he also teaches photography at the University Of Northampton and has done so for the past seven years.

For the past three years, his attention has been on creating work that is centred around writing for performance and research and has been working with Royal & Derngate and The National Theatre as a digital practitioner.

Chris’ current projects include digital development with movement director and performer Jennifer Kay on her solo piece Nothing Special and collaboration with immersive specialists Hydrocracker on their new Royal & Derngate Made In Northampton production Who Cares.