Jamal was appointed to the Board in September 2021. He is a Yemeni Arab who
has lived in many different parts of the world, Eritrea/Ethiopia, Saudi, America, 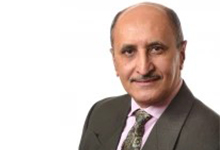 the UK and speaks 5 languages. He is the treasurer of Northampton Town of Sanctuary and runs the youth group Learn2Live, L2L. In May 2021, he was elected as a Councillor to West Northants District Council and represents Castle Ward, the most diverse and the most complex ward in the authority. By profession he is a systems analyst. 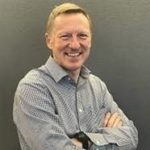 He has been Chief Executive of BBC Children in Need since November 2016. Simon has worked in the voluntary sector for over 25 years. Prior to joining BBC Children in Need, he was Chief Executive of We are With You, before which he was Chief Executive of Clubs for Young People. Simon has also held senior positions at Parkinson’s UK and Scope. He has chaired a national inquiry which produced ‘Dying to Belong’, a comprehensive report into UK gangs and violence affecting young people, was a trustee at the Pilgrim Trust, acted as Chair of the National Council of Voluntary Youth Services and worked within local authorities in both Luton and Northamptonshire as a youth and community development worker. 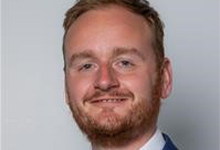 Adam was appointed to the Board in September 2021. After graduation Adam
spent four years working in Spain for Santander Bank before returning to the UK where he worked in the commercial insurance sector for over 10 years.

He now commits himself to local government duties on a full time basis as the Deputy Leader of West Northamptonshire Council and the cabinet member for Housing, Culture & Leisure. Adam first became a Councillor at Daventry District Council in 2016 before being elected to Northamptonshire County Council the following year and he continues to serve his former County Council ward of Bugbrooke at the new council.

He is a long-standing member of Royal & Derngate. Shakespeare’s plays; dramas, and comedies are Adam’s favourite forms of theatre, but he is also a regular opera goer due to his wife’s involvement with Northampton Opera Group and other companies. 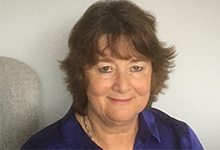 From 2007 she was the Registrar and Clerk to the Board of Governors until in 2012 when her role changed and she became Director of Student and Academic Services. For the past six years until her retirement on July 2019, Jane was the Academic Project Manager for the University of Northampton Waterside Scheme.

Jane is a member of the Surprise Northamptonshire Board and Northampton Forward Board, representing the University in both cases. 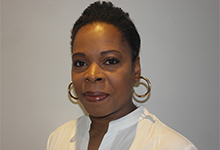 Sharon was appointed to the Board in May 2021 and is a member of the Representation & Inclusion Committee.  Within her role as Company owner of SpectaculArts she has worked with local authorities within Bedfordshire, successfully winning and managing contracts over multiple sites, delivering large events from concept to reality, street dance shows, festivals and B2B events.

She has also worked with organisations for change within the commercial dancing scene. Dancers Network UK was set up in 2018 with professional dancers to improve working rights, terms and conditions. From Wed 6 January 2021 terms and conditions have been set with agencies and Equity to ensure a standard code of practice is followed, with performing arts schools support, to make all dancers aware of the new legislation in place. Dancers Network UK now has over 7,000 members which she has been a critical friend to their trustees and will be taking the role of chairing their board. 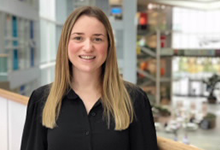 Francis joined the Board in May 2017 and is a member of the Finance Committee. She is a qualified accountant and has held a number of posts with NCC, Avon and currently Network Rail. Frances is familiar with financial reporting and systems, the workings of boards and chairing committees. She is also a proud Northamptonian and supporter of the Arts, particularly for young people. 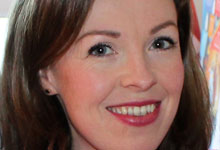 Bernie is a housing and commissioning consultant, anthropologist, and mother to two young daughters. She was appointed to the board in May 2017. Bernie specialises in strategy, carbon reduction, technology, and innovation. Prior to joining the civil service she worked in the charity sector in a number of areas including environmental education, sustainable development and children’s charities. Bernie spent her childhood in Northampton and returned in 2012, to bring up her children here, after having lived and worked overseas and around the UK. Bernie has a passion for the arts and wrote her Masters dissertation on Canadian circus company, Les 7 Doigts. She is a member of the Representation and Inclusion Committee. 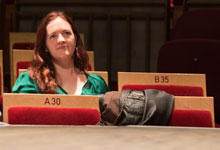 Hannah was appointed to the Board in June 2015. She is currently the Head of Casting at the Royal Shakespeare Company. She has also cast productions for Northampton Theatres, Hampstead Theatre, the Young Vic, Cardboard Citizens, Treatment Theatre and Sheffield Theatres.

Hannah also works regularly in drama schools and with other industry organisations advising actors on professional development. She has previously been a school governor in Northamptonshire, and been elected to the committee of the Casting Directors Guild. 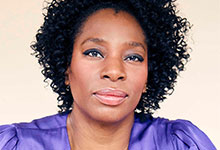 Tanya joined the Board in November 2020 and is a member of the Arts Committee. She is a Canadian born British actress & producer, and has been nominated for Best Actress at the UK Theatre Awards, the What’s On Stage Awards and the London Evening Standard Theatre Awards, and twice for the Oliviers ‘Outstanding Achievement’ category.

Tanya played Queen Constance in James Dacre’s Royal & Derngate production of King John at the Church of the Holy Sepulchre, Northampton, in 2015. She is a RADA Council member, a Patron of Roundabout Dramatherapy and Act For Change, an Ambassador of Park Theatre and an Ambassador for Clean Break. She is a founding member of the Women’s Equality Party.

In searching for work that foregrounds untold stories of Britain’s rich multicultural history, she set up a television production company (2not2) with playwright Sarah Rutherford. 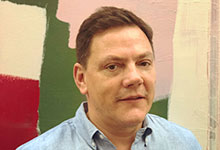 Ian was appointed to the Board in 2019 and is a member of the Finance Committee. He is a shareholder in Ros Povey Productions Ltd and was a shareholder in the Old Vic Productions until a few years ago. Ian also invested in a number of shows over the years both in the West End, New York and regionally in the UK, and now owns and runs a property investment business.  Ian splits his time between Northamptonshire and London and enjoys country walks, reading, the theatre and films. 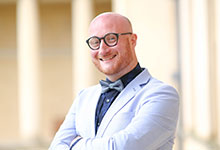 Sam joined the Board in November 2020 and is a member of the Arts Committee. He is a director, writer, producer and educator with experience in theatre, education and schools.

In 2016 Sam founded the Great British Pantomime Awards. He has worked in community arts engagement as a director and educator in Northamptonshire and facilitates and manages the artistic programme for Brackley Youth Theatre. He also has an in-depth knowledge of Safeguarding and works with local and national organisations to support their safeguarding provision.

Sam’s company The Inspiration Factory offers bespoke workshops to business to promote well being and better team practices, which includes a talk about ADHD, OCD and mental health to encourage people of all ages to talk about mental health.

Kay is a Northamptonian and taught in primary schools across Northampton for 38 years until her retirement in December 2016.  She has been Headteacher of two primary schools for 22 years and is passionate about ensuring that there is an enrichment offer in the arts within the school curriculum for all pupils.  Kay was appointed as a Trustee in May 2017.  She loves theatre and all forms of the arts, and is an active member of the Sporting Bears Charity.

Clare was appointed to the Board in May 2017. She is Head of New Work at the Donmar Warehouse in London. Clare also works as a freelance adaptor and dramaturg. She previously worked as Executive Director of the Gate Theatre in Notting Hill. Prior to that, Clare was the Assistant Literary Manager at the National Theatre, and worked in TV and film development with Rare Day. She is a member of the Arts Committee.